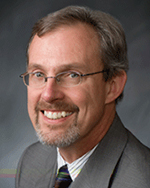 Mr. Gould is a member of the Maine State Bar Association and the Penobscot County Bar Association, where he served as secretary-treasurer from 1996 to 2001 and as president in 2001. Mr. Gould is a member of the American Board of Trial Advocates and served as vice president of its Maine Chapter in 2001 and as president from 2002 through 2003. From 1993 to 1999, Mr. Gould was a Barrister of the John Waldo Ballou Inn of Court. He served on the Board of Directors for the Bangor Area Visiting Nurses beginning in 1994. He served as board chair until the agency merged with Eastern Maine Home Care. After the merger, he served first as the Board’s vice chair, and later served as board chair until 2014. He continued to serve on the Board until he termed out in 2015. He has resumed his board work in the field of home care as a Director of the successor to Eastern Maine Home Care, Northern Light Home Health and Hospice.

Mr. Gould was elected a Corporator of Eastern Maine Healthcare Systems in 2015. He now also serves on the Board of Northern Light Acadia Hospital.

Mr. Gould is the Board Chair of Big Brothers Big Sisters of Mid-Maine where he continues the work of his son, Matthew.

Mr. Gould also volunteers time for civic organizations in Bangor where he resides. He serves as the chair of the Board of Appeals for the City of Bangor and also serves on the Board of the Bangor Public Library.

In 2012, Edward Gould was awarded the AV® Preeminent™ rating from LexisNexis Martindale-Hubbell®. The Martindale-Hubbell® Peer Review Ratings™ are an objective indicator of a lawyer’s high ethical standards and professional ability.
He was inducted as a Fellow in the American College of Trial Lawyers in March 2020.

Mr. Gould is married to his wife Lynn. They have raised four children, Kate, Andy, Matt and Kelly and have two grandchildren. Ed and Lynn are also happy parents of many rescued dogs and cats.