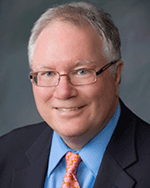 A member of the firm, George W. Kurr, Jr., was born in Hackensack, New Jersey, in 1944. He received an undergraduate degree from Rutgers College in 1966 and received his J.D. from the University of Kentucky in 1969. He was admitted to practice before the Maine and U.S. District Court for the District of Maine in 1971.

Attorney Kurr is also admitted to the US Tax Court and The First Circuit Court of Appeals.