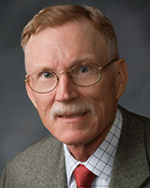 John F. Logan, II, is a member of the firm. He was born in Salem, Oregon, in 1940. Mr. Logan received his undergraduate degree from Boston College in 1963 and his J.D. from Willamette University College of Law in 1966. Mr. Logan was a member of Phi Delta Phi. He was admitted to practice in Maine and U.S. District Court for the District of Maine in 1969.

Mr. Logan’s civic involvement includes membership on the Board of Directors for Maine School Administrative District #22 from 1978 to 1987, serving as its Chairman from 1980 to 1987. He has served as Chairman of the Maine School Management Unemployment Compensation Trust Fund Committee from 1981 to the present and was Chairman of the Board of Trustees for the Winterport Water and Sewer Districts from 1984 to 1999.