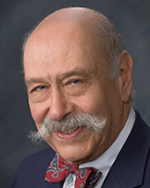 Norman Minsky is of counsel to the firm. He was born in Bangor, Maine, in 1930. Mr. Minsky received a Bachelor of Science in 1951 and his law degree in 1953, both from Boston University. He was admitted to practice before the Courts of the State of Maine in 1953.