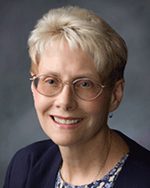 Ms. Rothera is a member of the Penobscot County and Maine State Bar Associations as well as the Maine Trial Lawyers Association and a past member of the John Waldo Ballou American Inns of Court. Ms. Rothera served on the Zoning Board of Appeals for the Town of Orrington from 1998 to 2000. She also served on the Board of Directors of the Bangor Area Visiting Nurses from 1994 to 2006.

Ms. Rothera currently serves on the Board of Directors of the Acadia Hospital.