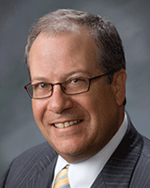 In past years, Mr. Mogul served the American Red Cross in many capacities, including chair of the local chapter and on the American Red Cross Northeast Regional Committee. He chaired the Red Cross New England Leadership Conference in 1996. In 1995 he served the organization’s national Committee on Resolutions, and in 2000, chaired that committee. In addition, Mr. Mogul was president of the Bangor Community Theater from 1987 to 1992 and served as president of his lake association for ten years. He also sat on the Boards of Directors of the Bangor Symphony Orchestra and the Maine Discovery Museum, and on the Comprehensive Planning Committee for the Town of Mariaville. Currently, Mr. Mogul serves on the Finance Committee of the Bangor Symphony Orchestra, and is Second Vice President of the Board of Directors of Maine Lakes, where he also serves as the chair of the Environmental Justice Committee.

He also serves on the Bylaws and Policy Committee of The Penobscot Fly Fishers. As a member of the University of Pennsylvania Interview Committee, Mr. Mogul interviews high school seniors applying for admission to the university.

Mr. Mogul is a member of the Penobscot County Bar Association. He served on its board of directors from 2005 to 2009 and was its president in 2007. Mr. Mogul is also a member of the Maine State Bar Association, the Maine Trial Lawyers Association and the American Association for Justice. He is one of only a very few attorneys practicing Collaborative Divorce in the Greater Bangor Area. He received his training from the Massachusetts Collaborative Law Council at Bentley University in 2011.